Prepare yourself for the upcoming Halloween frolics on your PC or mobile phone! Push Gaming is revealing to you another scary vampire tale. Meet Fat Drac, the ferocious vampire, and his Fat Bat pet, the main characters in the third part of the ‘Fat Series.’ This majestic slot features 20 paylines and an RTP as high as 96.57%. Spin the 5 bloody reels on this highly volatile game and win up to a staggering 50,000x of your stake! Make use of every symbol to create majestic winning combos, thus acquiring higher victories.

Where Can I Play Fat Drac Slot? 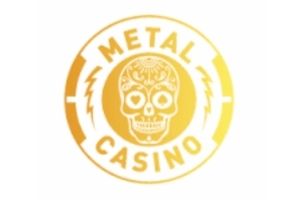 After ascending scary twisty mountain roads, Fat Drac’s castle lies into the dark woods, surrounded by scary bats swooping around. If you are familiar with Dracula and his frightening appearance, you might think that Fat Drac and his cheeky grin are a joke. But, don’t rush because you might be in trouble if his blood goblets are not always kept in sight.

Experience the spookiness of this slot with its 5 reels and 20 paylines. Choose your desired spin bet from £0.10 to £100, and join Fat Drac on another of his feastings. This highly volatile, 96.57% RTP slot will allow you to win up to 50,000 times of what you’ve invested.

No one can stay immune and not be fascinated by the eerie world of vampires and their breathtaking castles. Therefore, consider spinning a few times and observe Fat Drac acting as both a Scatter and a Reveal symbol. Other symbols that can pop up throughout the game are the Wild Symbol, Fat Drac’s Fat Bat, Coffin, Instant Prize Bubbles, and some additional Free Games.

In the base game, a meandering path will lead you to the Fat Drac’s massive fortress. If you are successful enough to activate the Free Games, you will be transported to see the castle’s interior consisting of many spooky things. If you land three or more same-type symbols, a winning combination is developed!

Fat Drac slot offers three types of paying symbols. The lowest paying ones are spades, diamonds, suit clubs, and hearts. The old parchment and the false teeth are part of the medium-paying symbols, and the man with the fancy mustache along with the one monocle skeleton are the highest paying in the game. The most important symbol we all know, the Wild one, is in the form of a golden skull, while the scatters are the goblets filled with blood.

Thanks to this pile of symbols, you can reach a massive win that goes all the way up to 50,000x your stake!

The generosity of Fat Drac has no bounds. This bloodthirsty vampire offers 20 ways to win on his 5 slot reels. This game offers an RTP of 96.57%, being a highly volatile game anyone can enjoy. Use all the symbols and features provided and win up to 50,000 times more than you’ve invested!

Lovers of spookiness and mystery assemble! Push Gaming introduces you to one exciting but at the same time scary gameplay with multiple interesting features. Take a tour around and into Drac’s castle, accompany him for a feast and win in 20 different ways.

The most persistent ones can easily trigger the Free Games feature and try their luck with five additional free spins to increase their levels.

This 5×5 reel frightening adventure with a minimal bet of only £0.10 can lead everyone to a 50,000x win.  This highly volatile game will provide you with a once-in-a-lifetime adventure and reward you in 20 different ways for the company.

Instant Prize Bubbles present the game multipliers, and punters can find them both into the base and bonus slot games. It’s only possible to have seven bubbles visible at a time, but with every brand-new spin, another different one appears. If you pick one, it will multiply the bet you make. Players can use these bubbles with a Fat Drac Symbol.

Every coffin that lands on the reels is followed by activation of the pick feature. This option allows punters to receive up to five bats flying towards the instant bubble prizes and collect them. The number of bubbles you get depends on how many bats you trigger. In the bonus round, coffins are replaced with goblets, and players get five spins and five bats.

This feature can be activated with a combination of a Fat Drac Symbol and one goblet scatter. Five free spins are awarded to you, starting with 1×1 Drac Symbol. His position will move depending on the spins you use but at the same time expand to a 5×5 size if it lands on a goblet filled with blood.

For those who are regular on the slots, you can easily sense a levity and charm to the concept and design of Fat Drac. We have absolutely no doubt that you’ll instantly fall in love with this high-volatile masterpiece, and we wish you luck winning up to 50,000x of your stake. Head out to the Push Gaming site and choose more amazing adventures like Mystery Museum or Razor Shark.