Yggdrasil has released a brand new medieval-themed slot with some humongous wins. This time in the form of an extremely volatile Robin Nottingham Raiders slot consisting of 5 reels and 20 paylines. Certainly, there is a lot of wealth to grab here and this Robin Nottingham Raiders Slot review will guide you through. More on its RTP, bonus features, cash prizes await yonder that ‘steal’ from the rich and give to the poor

Where Can I Play Robin Nottingham Raiders Slot?

Everyone knows that only the famous game provider Yggdrasil can mix old and new into the bowl and create a slot like this. Although a similar slot like Robbin’ Robin from Iron Dog exists, it is still somewhat different. This is a really high volatility slot, and Robin Nottingham Raiders’ RTP is at 96.07%.

When you enter the game you’ll see that it has classic gameplay that is made out of 5 reels and 20 fixed paylines. But it really isn’t a classic when it comes to the maximum wins which are a massive 121,500x your wager. You can adjust the slot’s coin size to your preference from £0.20 up to £10

Naturally, this slot is based on Robin Hood, the villain for some but a hero to almost everyone. This medieval-themed slot’s design is top-notch with old characteristics but modern and cartoonish graphics. The buildings and streets of Nottingham can be seen as the background.

Its reels consist of 12 symbols and the low-valued ones are not the typical playing cards. They are pieces of meat, daggers, ale mugs, clubs, bows, and a stack of arrows. Higher value symbols are Friar Tuck, Knight, Lady Marian, Robinhood, and The King. The highest paying symbol in the paytable is the Silver Coin. So it’s your best bet to land on the Silver Coins but the wilds are key to this slot.

The low-paying symbols have all the same payouts of a maximum of 3x if perchance you landed them on 5 reels. Higher valued symbols range from the lowest Friar Tuck with an x5 your wager on all 5 reels to the Silver Coin with an x25 your stake on all reels. The maximum win you may grab ahold is £1.215.000 and it really is a big one.

The Robin Nottingham Raiders slot fully endorses the medieval background and playstyle with its soundtracks and it feels like you’re in Nottingham way back. Cartoonish design but with the feature it copes with the modern standards plus with its straightforward layout. There are 2 more bonus features that reside in the game and they’ll be talked about a little further.

Robin Nottingham Raiders has 20 fixed paylines with 5 reels and you win by connecting symbols on 2 reels. A standard left-to-right line direction will conclude the bet to be a winning one. Further symbols include a wild, which is symbolized with a gold coin, and a scatter, which is in fact a shield.

Wild symbols are what you need to look out for to grab yourself some great prizes. To trigger the gold coin feature, you’ll need to land on 9 of them in the reels wherever possible. There’s a meter on the right that shows you how many gold coins you have landed on.

A respin follows and the coins are distributed randomly on the reels. Then the slot does some math and the payout is received according to the positions of the wilds.

As with a lot of slots, you have to land on 3 to 5 of the scatters anywhere and you’ll trigger the feature. You will also receive a 2, 20, or 200x your stake depending on how much scatters you land on. If you collect 3 gold coins, another 3 free spins are added and the wilds are put on the reels, changing positions with every free spin.

If more than one wild is on your screen, then a multiplier is added. For 3 of them, there’s an x2 multiplier, and for 4 wilds, the multiplier is x3. 3x Multipliers on all reels can give you a 243x multiplier and this is when the maximum win is achieved.

There is nothing bad to say in this Robin Nottingham Raiders slot review. First things first, the Special Wild Respin Feature is a unique implementation and a great way to fill up your pocket. Robbin Robin is quite similar in terms of the same folk story being used but it’s no way near in terms of gameplay. You will surely make a great choice, so be a good sport and try it out. 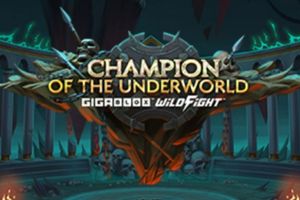