Big Time Gaming have announced on their website (25th April 2018) that they have signed an agreement to license their famous Megaways™ game engine to Blueprint Gaming (Gauselmann Group).

This ground-breaking deal means that Blueprint, whose catalogue includes Duckula, Top Cat, Genie Jackpots and Winstar, as well as hundreds of offline slot titles, will now be able to build games with the same sky-high variance and 117,649 ways to win as BTG have done in popular releases like Bonanza and White Rabbit.

Megaways™ has been key to driving BTG’s incredible success in the last 12 months and is also the driver behind their newest release, Extra Chilli, a game that went live exclusively on Leo Vegas before general release, reportedly smashing all records for first week wagering.

The race is now on to build bigger and better high variance slots and top the 117,649 ways to win with every more expanding reels and bigger top payouts.

And it seems that the deal between BTG and Blueprint might not be the only time the Megaways™ engine is licensed out.

CEO of Big Time Gaming, Nick Robinson, said: “It will be interesting to see how Blueprint utilise this license and we already have a great deal of interest from other leading suppliers in the field wanting to upgrade their offering with MegaWays™. This is a very successful mechanic and we believe it will eventually dwarf the standard 5×3 format of recent years. We are delighted to be able to share it with the Gauselmann Group initially through Blueprint Gaming and we believe this partnership will lay the foundation for similar deals in the future.”

At Blueprint Gaming, Matt Cole, Managing Director said: “We are thrilled to have gained access to MegaWays™ and can’t wait to begin incorporating it in the next wave of games we release.”

For high variance slots fans, this is exciting news. BTGs releases are hardly prolific, and if this deal means more Megaways™ slots on the market in the coming months, that means more variety and more BIG WINS!

Check out our full list of Big Time Gaming Slots, with RTP, Variance and Features. 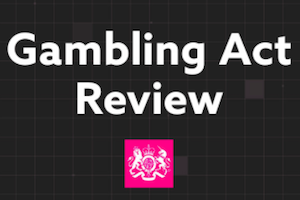