A madcap Yggdrasil win-all-ways slot on 5 reels with 96.2% RTP and medium variance. Help the hapless penguins escape the tyrant Emperor and his food emporium with wilds, walking wilds, sticky wilds, stacked wilds and re-spins! And a top win of 1,647x. 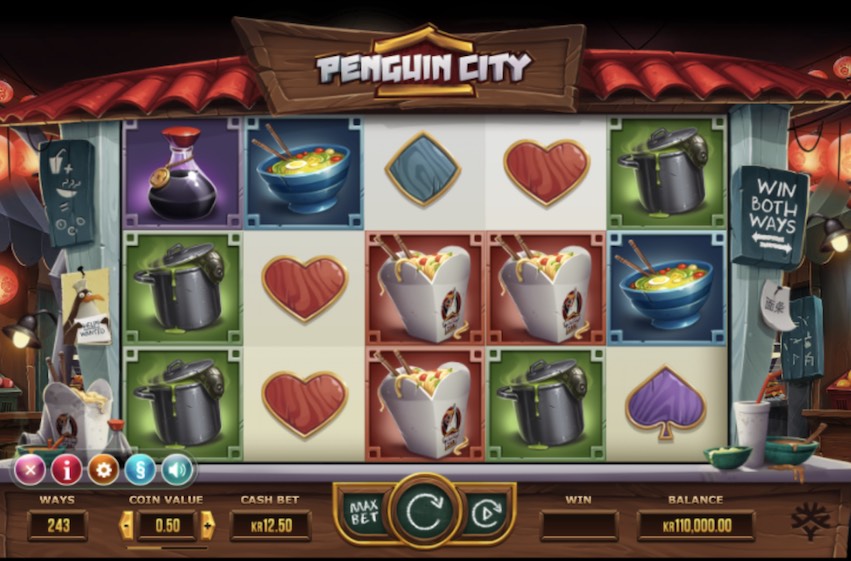 Where Can I Play Penguin City Slot?

ALL ABOUT PENGUIN CITY SLOT

How are Yggdrasil doing for you in 2018? We are not so sure about Ozwin’s Jackpots or Easter Island (those weird dancing statues?!) but if you haven’t tried Vikings Go To Hell yet, then you really need to – scorching graphics and superb gameplay – and Lucha Maniacs is a bit of a treat as well.

This is a medium variance title, with a top payout of 1,647x, so it’s not so much of a wild ride, but it still looks like a lot of fun and has the classic Yggdrail trait of a weird and whacky storyline to form the game around.

In Penguin City the Emperor Penguin runs a food emporium and enslaves his Penguin minions to work long and exhausting hours in his service! During the game you must help them try to escape.

It’s not a complicated game – there are wilds all over the place but no free spins mode. Let’s find out more … 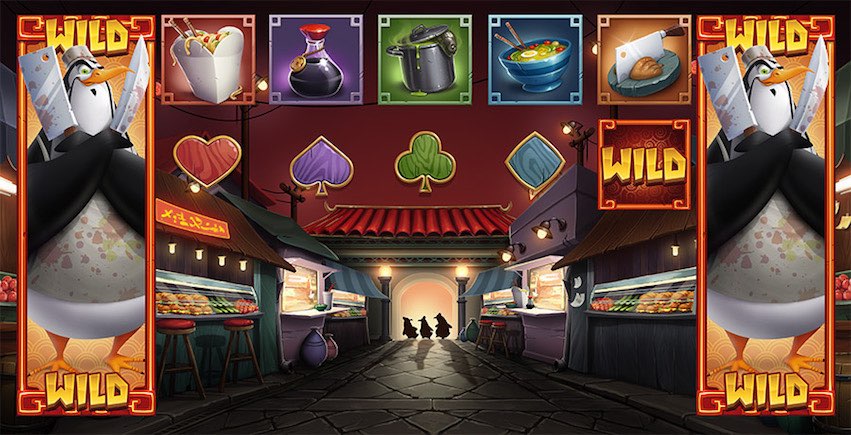 If you land a wild on the 2ndor 4threels during a winning spin then you activate the Penguin Escape Mode. During the round you get successive re-spins until you land a losing spin. With each spin there is a chance of adding more sticky wilds to the reels, or extra symbols for guaranteed wins.

After each re-spin you get a great animation of Penguins trying to jump to escape the Emporium. If they land on the reels they can set off one of two events:

Watch out though for the Emperor Penguin who can play a part in the Penguin Escape Mode too. When he lands he appears Stacked as a Wild in the middle reel and GUARANTEES a win. When he is present, no penguin dares to attempt to escape!

He is also a Walking Wild – meaning his stack will drop down one place with each successive spin.

Penguin Escape mode continues until you hit a losing spin.

So, there you have it. Nothing too complicated going on in Penguin City that’s for sure. It’s all about hitting that Penguin Escape Mode where sticky wilds and re-spins can drive up the big payouts. The walking Emperor looks like he can help you out too, because in combination with sticky wilds all over reels 2 and 4, you stand to get close to that top 1,647x win.