A fabulous mix of Megaways™ madness and iconic board game fun as Big Time Gaming bring the Monopoly brand into the modern slots age. Creative, thrilling and stacked with free spins, multipliers, reel enhancers with a 15,000x top payout. 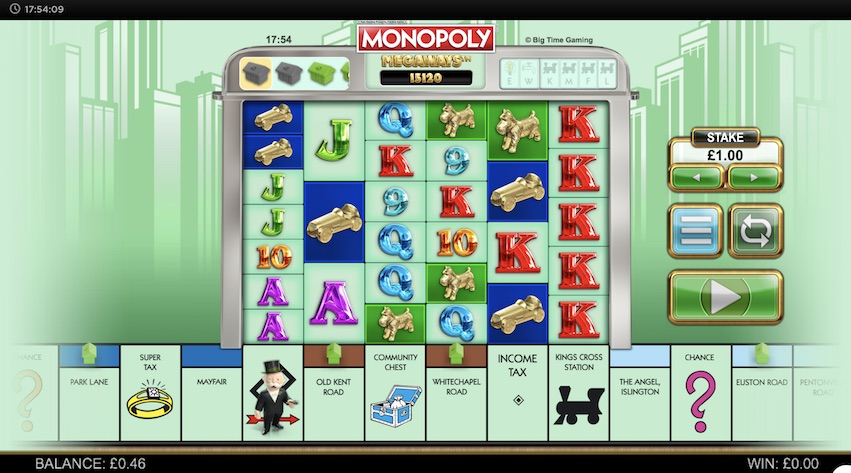 Where Can I Play Monopoly Megaways™ Slot?

All About Monopoly Megaways™ Slot

The iconic British board-game brand from Hasbro, Monopoly, has been used as a slots theme before – most notably in IGT’s series of games. But never before has it been used like this. Big Time Gaming are the world’s leading creative slots studio, and they put their extraordinary talents into blending the best features of Monopoly with their own fantastic Megaways™ game engine to produce a slot like no other. There is an enticing blend of free spins, multipliers, cascading wins as well as the Reel Adventures mechanic, used only once before in Holy Diver Megaways video slot.

Monopoly Megaways™ is a highly volatile slot with a promising return of 96.39%. Tip your top hat and get started!

Do we have to explain what Monopoly is? Probably not, but we’ll do it anyway for those in the dark. Hasbro’s board game is played with at least two players who roll two six-sided dice to move around the game board, buying and trading properties, building houses and hotels. Each player aims to drive others into bankruptcy and to earn as more money as possible, landing into jail as few times as possible. The game was released over 80 years ago, has been licensed in over 100 countries and translated into nearly 40 languages. Rich Uncle Pennybags is the mascot of the game, but he’s mostly known as the Monopoly Man, or Mr. Monopoly.

The paytable combines regular 9 to Ace card icons at the lower end, with figurines of Monopoly at the higher end such as the dog, battleship, top hat and race car. A capital ‘M’ jewel-encrusted gold symbol is worth 50x the stake, which is the most you’ll get from standard payouts. The bets start at 10p and go up to £20, accommodating both casual punters and more ambitious bettors.

Rich Uncle Pennybags makes his way around the Monopoly board, as per usual. Where he lands affects the game. Should he stop on ‘Go’, the next spin will have the maximum number of Megaways. Stopping on utilities and railway stations makes these positions yours, which will have its function in the bonus round. Landing on chance sends you to a random street with 1 to 4 houses added. Chance can also activate free spins or maximize the Megaways on the next spin. Community chest also sends you to a randomly selected street with 1 to 4 houses added, and stopping on streets through consecutive reactions adds houses to them.

Free Spins are triggered by obtaining 5 houses on a street (or through chance). Initially, you’ll get 8 freebies, but this number may increase considering the railway stations or streets with 5 or more houses you own. During free spins, you can win additional rotations, increasing multipliers, properties and max Megaways. However, the houses and utilities you have gathered during the feature will disappear after the round ends. Of course, there is always base game to try to get them back.

Monopoly is one of the best Megaways™ games to date thanks to the brilliant mix of branding and gameplay. All your favourite features from the expanding reels series are here and perfectly mixed in with the features of the original Monopoly boardgame. If you’re sick of the generic, Bonanza slot clones then we can’t recommend this slot enough – it’s a wild, fun and entertaining ride. 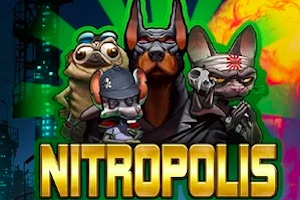