Luck O’ The Irish Megaways™ is a Blueprint Gaming creation, released in summer 2019. The game joins the Megaways™ franchise bringing the luck of the Irish with it, along with 16,807 ways to win, Mystery Symbols and unique spins. This is a highly volatile, fast-paced slot for the battle-hardened slots fanatics out there. 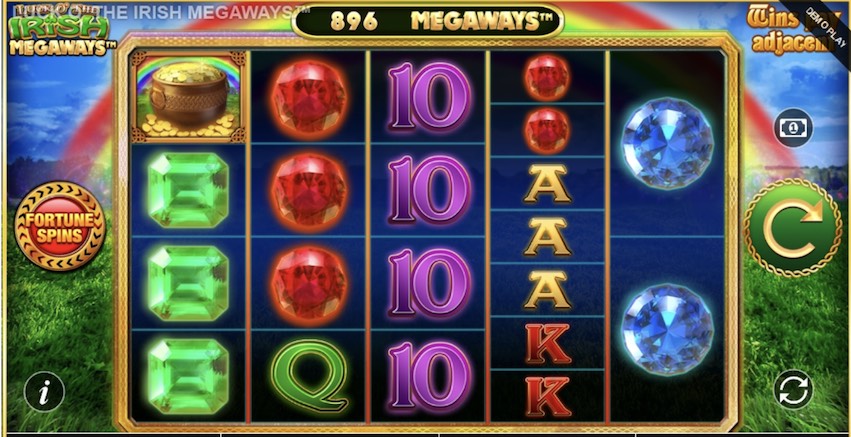 Where Can I Play Luck O’ The Irish Megaways™ Slot? 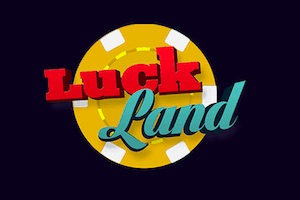 All About Luck O’ The Irish Megaways Slot

Once more Blueprint unleash a Megaways™ title, building on the success of similar slots like Return of Kong Megaways™, Tiki Treasures Megaways™ or Wolf Legend Megaways™. As for the theme, this game is heavily inspired by the celebrated Rainbow Riches series. We’ve seen plenty of Irish –themed online slots in our day and it’s hard to keep a theme like this fresh since it has been used and abused so many times before. However, sometimes subtle touches, good graphics and gameplay that flows can make the difference and Luck O’ The Irish Megaways™ achieves this.

The reel grid is composed of 5 columns and can produce anything from 32 to 16,807 ways to win. The game is void of Scatter symbols, so you won’t be teased, but delivers in terms of features and mystery wins.

So, the well-worn emerald gold theme will be familiar to all – rich green fields and a clear blue sky, decorated by a gorgeous flamboyant rainbow signaling the path towards the pot of gold. If you’ve already played the original slot, you won’t be surprised by the game’s design, and you won’t find it peculiar that the cheeky leprechaun isn’t seen across the reels so often. After all, he is a mythical creature and you will only catch a glimpse of him through the Mystery Symbols.

The paytable contains images of jewels (red, green and blue), playing card values from 10 to Ace and also one of the fabled pot full of golden coins. The Luck O’ The Irish symbol is a special icon with special functions – not your average Wild or Scatter. The top payer is the pot of gold, naturally – awarding 5 times your stake if you land a 5 of a kind combination. The betting range allows you to place wagers as low as £0.10 or you can go up to £10.

Pay attention to the Luck O’ The Irish symbol, aka game logo. It can land randomly, on any regular spin, and reveal one of the remaining icons from the paytable. Should it be the icon that completes your winning combination, bring the pot closer as the coins are about to rain from above and fill it up! Mystery Symbols can also appear in stacks, which is another lucrative detail about Luck O’ The Irish Megaways.

The game offers punters the opportunity to enter the Fortune Spins feature, but the cost is 20x the stake. Fortune spins cost you a fixed stake to play (there are 9 bet sizes), and the game board will be split into quarters containing 4 sets of reels. The idea is to land Mystery Symbols on at least one of the reel sets. As soon as that happens, the icon will be cloned in the exact same position on the remaining grids. NOTE: The symbols that are revealed at the end of the spin may differ in the four squares.

Another Megaways™ video slot that operates at high variance and with big potential, Luck O’ The Irish Megaways™ is well-presented and well-executed. The game stands out from the crowd as it avoids the usual Wilds, Scatters and Multipliers which are present in the majority of titles in the franchise. There are less win-ways than a standard Megaways™ title but the stacked symbols and Fortune Spins make up for that and make Luck o the Irish worth a test spin for those brave enough. 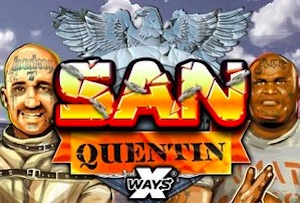