This brand new release by Playtech is among the most expected tby players this year. Its RTP is 96%, and it’s low volatile, but knowing Playtech, we wouldn’t expect anything else. Heroes Arrow is said to be a Robin Hood-inspired game with middle ages thematics.

This slot game has 5×3 reels and 20 pay lines, maximizing your chance to win up to 1000x your initial bet.

Where Can I Play Heroes Arrow Slot? 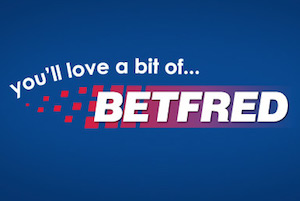 Playtech has been a leader in the industry for a long time now. Some of their releases include Age of the Gods, Heart of the Jungle, and Wild Wishes, making us that much more excited to see what they have in store next.

Heroes Arrow is inspired by Robin Hood and his “good-doing” in the Middle Ages. The gameplay is pretty straightforward for a video slot; the reels spin and land on matching symbols that bring wins to the player. The symbols also stick to the savior theme, including an Archer, a Lady, Knights, Money bags for the high-paying ones, and 10, J, K, Q, and A as the low-paying ones.

As the name suggests, Heroes Arrow is located in Medieval times when heroes rescued ladies from castles and helped the poor. This game is specifically Robin Hood-inspired, judging by the protagonist’s signature green outfit and hat. Heroes Arrow slot has symbols that perfectly match the theme. An Archer, a Lady, Knights, Money Bags, Chalices, and Targets are high-paying symbols, and the 10, J, K, Q, and A as the low-paying symbols. The game also has Wild Symbols and Castle Symbols to help players optimize their winnings.

Heroes Arrow review displays that the game has 5 reels and 3 rows, spinning to uncover symbols that might win players at UK slot sites big money. This video slot can bring you up to 1000x your initial wager.

Playtech has always been generous with the return to player percentage, and Heroes Arrow isn’t an exception. With an RTP of 96%, this game returns 96% of all the deposits made by players back to them in various amounts. If you’re lucky enough, you may just win the fixed jackpot this game offers. The maximum win amount is 1000 times your initial bet.

The game is also low volatile, which means the players that choose to try it out have a bigger chance at winning, but the prizes aren’t massive. Heroes Arrow has 20 pay lines, ensuring players can make a win multiple ways.

The Heroes Arrow gameplay is fairly simple. It plays exactly like any other video slot game where the reels turn when pushing the button. The game’s interesting forest theme with calming music and the occasional “ding” when the reels land on a winning combo contributes to a calming atmosphere. The spin button, as well as the “+” and “-” buttons for regulating the wager, are located at the bottom of the screen, including the information about prizes and symbols.

Heroes Arrow has 20 pay lines. The highest paying symbol is the Knight, then the Lady, the Chalice, the Money bag, and so on. The line direction is left to right. The game also has a Wild and a Castle symbol that helps players win more when landed on the reel.

Heroes Arrow is also home to Free Games and an Arrow Shot feature for the lucky spinners.

Arrow shot feature pops up when a Hero, a.k.a an Archer, shows up in the same row as a Target symbol. In that case, the Archer hits Target, and a prize is added to your account. Depending on whether the Archer is green or red, it brings different slot bonuses. If the Hero is green, the slot bonus is x2, x3, x4, x5, x8 times your winnings. If the Hero is red, then you’re in for winning up to x10, x15 your bet,  or the jackpots x20- MINOR, x100- MAJOR, or x500- GRAND.

A Wild Symbol can appear only on the 2nd and 5th reel. It transforms into any other symbol needed for a winning combo except for the Hero, Castle, and target symbol, ensuring a win for the player.

Playtech slots never disappoint. This innovative game theme, impeccable graphics, and atmosphere make the game calming and easy to play. The Arrow Feature is an exclusive bonus feature for every player that chooses this game title. Heroes Arrow will surely make its way on the favourite slots list.