A highly volatile grid slot from Pragmatic Play stacked with features triggered by special colorings on standard symbols on the 8×8 grid. These include super-sized symbols, random wilds, grid clearance and multipliers. Fill the game meter to trigger a progressive event where all features play out at once. Awesome slots action with 96.51% RTP. 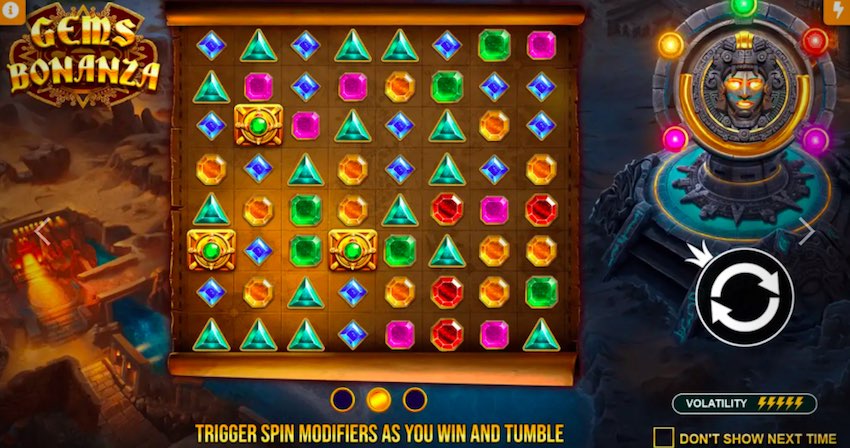 Where Can I Play Gems Bonanza Slot?

Pragmatic Play delved into the branded slots market this summer with their Peaky Blinders game but they are back to what they do best here with Gems Bonanza, a classic grid slot where the volatility is cranked up to the maximum and the gameplay is peppered with a number of well though-out features that keep things interesting even when the big wins aren’t coming your way. The best stuff comes in the bonus round that can be triggered by filling the game meter to the side of the grid. If you’re a fan of this kind of slot and have already had your fill of Play n Go’s awesome Reactoonz 2 game then Gems is a great next stop for you. Just beware that it has a mean variance that means you will find it hard to unlock those big prizes and those without the stomach for high risk gambling should steer clear.

The backdrop to Gems Bonanza looks like it is a rocky desert at night-time somewhere in the Arabian lands with soothing music accompanying the scene.

But you will barely notice that as your attention will be on the dazzling grid set that takes center stage, decked out with 8 rows and 8 reels of highly prized and colourful gemstones. The stones range in value right up to 1,000x for 25 of the red gems in a cluster. Look out as well for the wild symbol that can sub for all others to create a cluster. The objective here is to fill the game meter as well as score clusters of five or more identical symbols as this will set up the bonus progressive round which is where you can really score some big wins.

Gems is a very highly volatile game so keep this in mind when you come to choose your stake, and if you prefer low risk casual slots play then this game won’t suit your tastes or budget. Stakes start from 20p and the top prize is 10,000x. It’s extremely unlikely that you will hit that, and most big wins will come in at the range of 500x to 2,000x. The RTP is a fairly standard 96.5% which puts it in the average range for Pragmatic Play slots.

Gems Bonanza is a feature-packed game so there is a lot to understand here. Here’s how it plays out:

The game uses the classic cascading wins or tumbling wins format of all other grid slots. So, when a cluster is formed then winning symbols are removed and replaced with new ones. If new clusters form then more wins are triggered. This continues until no more clusters form. In short it means that from one spin you can win multiple times.

Behind each symbol is a colored marker. When a symbol with a marker is part of a cluster win then it triggers a modifier as follows:

After each of these modifiers is executed, a new payout will be made if winnings clusters are then formed. Further tumbles or cascades will then happen as per the standard gameplay.

Key to the big wins in the game is the Gold Fever Progressive. This is triggered by collecting 114 identical symbols on the same spin and its subsequent winning tumbles. The game meter to the left of the grid will tell you how many of each symbol you have collected so far.

In the progressive feature ALL the modifiers play out one by one with a 2x multiplier in play as well. The meter is once again active and collecting identical symbols re-triggers the progressive at a higher level with enhanced multipliers. It works like this:

NOTE:you must collect the symbols on ONE SPIN and its consecutive tumbles. At the end of a spin the meter re-sets.

So, fans of high variance gameplay will recognise this kind of set-up – the real fun, and the big wins will come in sequences where you keep levelling-up and increasing your multipliers every time in a thrilling, short burst of high-octane grid play. Classic high volatility gameplay from Pragmatic!

Gems is a really impressive addition to the grid slot genre from Pragmatic. The look and feel is superb with a really engaging and slick presentation. And that is all backed-up with some excellent gameplay. The modifiers themselves are varied and interesting, with a good mix of colossal symbols and wilds that can drive some nice wins in the base game. Like all good high variance games though, Gems takes things up a notch when you unlock the super-charged bonus round. Hitting the top level and a 10x multiplier is going to be such a rare, rare thing but even progressing to level 2 or 3 would still give you good payouts. We recommend this game to anyone who loves high risk play and advice to have fun, but treat with caution. Gamble responsibly as ever! 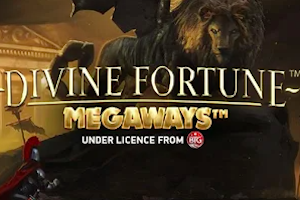