Easter Island 2 is the hilarious follow-up to the classic Yggdrasil slot featuring two grinning Moai statues. This time they have got their holiday gear on and swapped their homeland for Venice Beach, California! This slot features 6 reels, 4 rows and up to 55 paylines. Re-spins, expanding reels and colossal blocks help drive wins of up to 2,500x at a 96% RTP with medium variance gameplay. 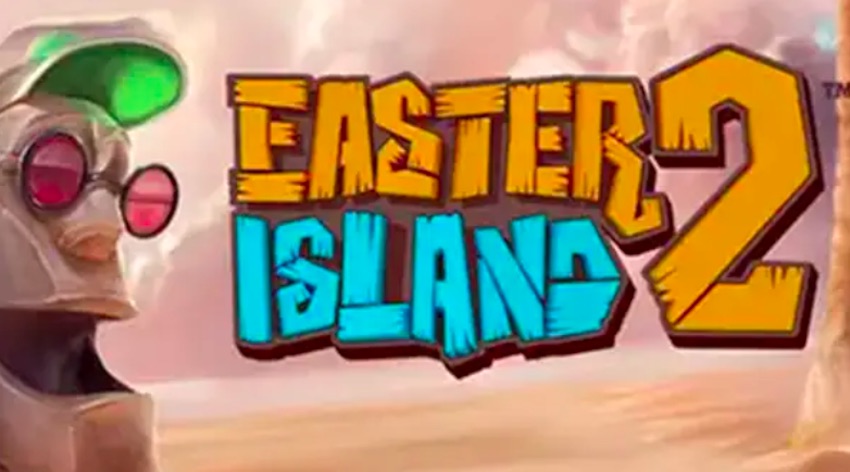 Where Can I Play Easter Island 2 Slot?

Fans of the original Easter Island game brought to us by Yggdrasil back in 2018 will be really excited to see these two memorable Maoi statues back on our screens. The first version of the game was notable for the hilarious animations in which the statues lean back, reel and grin as the blocks of icons between them drop into place and create winlines and trigger some good features.

In this new version the creative team have moved our two friends to the famous Venice Beach backdrop where body builders, sun bathers and tourists flock to people watch in the heat of the day. The two statues have got their holiday clobber on, including shades and shorts, and the generally fun vibe is supported by a medium variance gameplay. So this is fun slots play, not the high-stress, high variance craziness we’ve seen in other Yggdrasil games of late.

The top payout in Easter Island 2 is set at 2,500x, a pretty decent level for a medium volatility game. The medium variance meanwhile is the same level as the original and the 96% RTP is pretty average. You’ll need to land three identical symbols on the reels from left to right on a payline to score a win and the minimum stake level is 25p.

The action here is barely contained by the six reel and four row reelset – in fact the reels and payways expand at various points and expanding symbols are also part of the gameplay. There is rarely a dull moment!

The basics of the paytable are as follows: low value icons are represented by four card suits which pay up to 0.8x the bet. Premiums meanwhile are represented by five strange creatures: lizards, dragons, foxes, birds, and probably snakes. Just like in the original, the red bird is the highest-paying premium symbol, delivering a 20x bet for six of a kind.

Look out as well for the wild which subs for all other symbols to create winlines.

The gameplay in this sequel is quite similar to the original, with some small changes. The central event are the Symbol Swap Respins, with super-sized symbols and Expanding Reels adding dynamic elements to the gameplay.

After every win the Symbol Swap Respin feature is triggered.

If your winning combination has more than 4 icons in it then the Symbol Swap Respin comes with Colossal Symbols. Depending on how big the winning combination is, you get 2×2, 3×3, or 4×4 blocks on the reels, starting from the second reel. This is where Wilds come in, because the super-sized blocks can also appear as Wilds.

If you land maximum combinations of six of a kind in a win then you will trigger the Expanding Reels. The total grid size expands by four additional rows giving you 55 paylines in all for the following re-spin. Of course, Easter Island 2 also awards you your Colossal Symbols and Symbol Swap Re-Spins at the same time.

Easter Island 2 is more than a worthy follow-up to the original game and once again showcases the very best of this excellent game studio – superb animations, creative gameplay, and all round fun slots play. You won’t come here to chase down those huge prizes and the thrills and spills of high-risk gaming that you find in titles like Cazino Cosmos – the 2,500x top payout here is modest at today’s standards. But that’s not the point. Easter Island 2 is about good old fashioned fun. It’s a medium-paced game with enough regular features and engaging on-screen antics to make it appealing to all types of gambler. We love it and we recommend you give it a spin on its release this February.