Disco Danny is a simple 3 reel and 3 row slot from NetEnt with 5 fixed paylines. It features a disco-loving character called Danny who delivers a 500x payout for a full screen of his symbol. Free Spins can produce symbol multipliers of up to 50x and the top payout is 3,333x.

Where Can I Play Disco Danny Slot?

ALL ABOUT DISCO DANNY SLOT

Leaving behind the 30’s LA cool of Cash Noire and the crime-ridden streets of 80s Miami from Hotline 2, NetEnt bring us this rather simple Saturday Night Fever type slot in the form of Disco Danny, a 3×3 Neon-lit super-simple high variance number. It’s a fun-looking game, but for those who like their slots to be feature-packed, this one will be a disappointment. The action hinges on unleashing a free spins round, but other than that things are pretty monotonous. Horses for courses though, and if simple high-risk slots play is your bag you’ll love it. Lets’ dive in and find out more.

The backdrop to our 3 reel by 3 row set up is, of course, a bouncing disco dance floor, all in neon pink, with the usual uplighting. The reels are surrounded by orange bulbs and the whole thing has a pretty dynamic feel to it. The low value symbols on the reels have a classic fruity feel to them – all three bar-types – singles, double and triples – plus the lucky 7s. The highest value symbols are of course Danny himself in both his casual attire, and pimped-up with Saturday night-out shirt and shades! There is also a roller-skates symbol.  Landing a full screen of Dannys will score you a top payout of 500x.

Disco Danny has no wilds but it does have two scatters to trigger the free spins round – golden and silver disco balls. More on these in our features section.

Disco Danny is a 3 reel and 3 row slot with a minimum stake of 10p. It’s redeeming feature for those who like high risk slots play is that the variance has been cranked up – so it can produce some pretty fun win sequences when the free spins kick in. Unfortunately, the top prizes is just 3,333x so it doesn’t compete with other big releases of the summer. The RTP is set to a fairly standard 96.04%.

We did say simple, didn’t we? Just two features to speak of as follows:

Land a golden disco ball scatter anywhere on the reels and land yourself a random cash prize. This comes fairly regular in the base game.

To trigger the free spins round you will need to land three scatters (two silver and one golden ball, or three silver balls). The reels are cleared of silver balls and 3 free spins ensue. Golden balls that land during the feature come with multipliers of up to 50x (not bad!). When they hit, the free spins re-sets to 3 and you go again. If you get three spins without a golden ball, then the round ends. So, decent potential here if you can get on a run of landing golden balls consecutively.

And that’s your lot!

Disco Danny is a slice of simple slots fun for high risk slots fans. It won’t appeal to those into their feature-packed Megaways™ games but it does have potential to kick out a few decent wins in the free spins round if you get on a roll. Just remember, as with all high variance games, this one will burn through your cash quick, so choose your stake level carefully. Nothing much more to be said here – have fun, and gamble responsibly as ever. 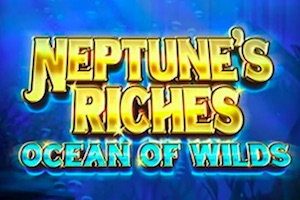