Where Can I Play Big Time Gaming Slots?

ALL ABOUT BOOK OF GODS SLOT

The last 12 months have been all about Big Time Gaming and their massive hits, White Rabbit, Bonanza and its sequel, Extra Chilli, all built on the now famous Megaways™ game engine.

This studio is brilliant, but they are not known for being prolific – they tend to make up in quality what they lack in quantity. So we were quite surprised to hear just a few weeks after the release of Extra Chilli that a new BTG slot is nearing launch.

The game is called Book Of Gods and is available to play at all Big Time Gaming Casinos.

Those hoping for another hit of Megaways™ and 117,649 ways to win will be disappointed – this one has just 243 payways! But wait – because it does come with a pretty tasty 4,860x top payout, plus a free spins round with infinite re-triggers, and cloning symbols that fill the reels in the base game.

In fact, all in it’s a pretty stunning upgrade on many of the tried and tested ‘Book’ games – Book of Ra, Book of Dead.

There is also a Feature Drop™– meaning you can buy your way into the Free Spins round without having to wait for it to trigger!

In the base game for EVERY spin, ONE of the lower value symbols (9 through to Ace) will be nominated as a CLONING symbol. You’ll see it appear on the pages of the book to the left of the reels.

If this symbol makes up part of a winning payline, then it will be cloned and stack up and down the reel it appears on. This can create more winning lines.

Free Spins are triggered by landing 3 or more of the Book of Gods scatters during a base game spin. 3 scatters gets you 15 spins, 4 gets you 20 and 5 gets you 25.

During Free Spins one of the HIGHER VALUE symbols (the four gods) is chosen as the cloning symbol. If it pitches as part of a win line during free spins, then it clones as a stack on the reel it appears on.

This gets really exciting because with each re-trigger ANOTHER GOD BECOMES CLONED – and you can clone all four if you re-trigger 3 times! So here is where the potential for big wins comes in.

Just like in BTG’s White Rabbit and Extra Chilli games you can buy your way into the Free Spins round here using Feature Drop™. There is a meter in the top right of the screen that shows the current buy-in price. There are special token symbols in the game as well – when they land, the price drops by half your current stake value.

We have a feeling Book of Gods is going to be a massive hit – maybe even talked about for years to come. Whilst all the hype in 2018 has been around Extra Chilli, this one actually packs a bigger punch. It has many of the key features of the ‘Book’ slots – ancient Egypt theme, expanding symbols stacking on reels, and free spin re-triggers with additional cloning symbols. BUT, BTG have given their own twist by creating Book of Gods as a 243 ways to win slot AND putting their Feature Drop™ buy-in onto the game. In short, we can’t wait to play this one for real.

We’ll all be chasing down that top 4,860 top payout for sure. How many of us will even get close?! Find out when this game goes live in the coming weeks – more details to follow.

Deal or No Deal Megaways™ 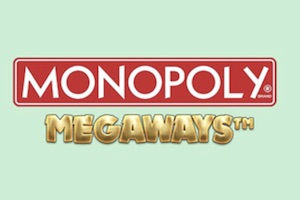 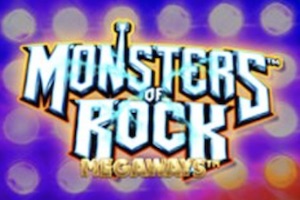