That’s Rich is an aspirational summer slot with a modest volatility. Cash bundles, purses, shoes, boats, and fashion magazines are placed on the reels. Wilds appear in stacks, and the free spins round has progressive multipliers and a tempting 10,000x top payoff. This is a game that most slot lovers will appreciate, and it can be played for as little as $0.10 per spin. 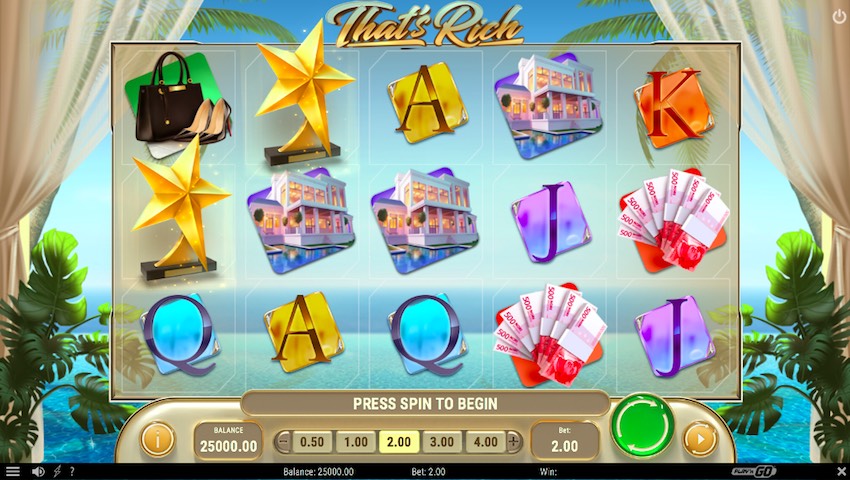 Where Can I Play That’s Rich Slot?

ALL ABOUT THAT’S RICH SLOT

Play’n Go return to earth with a Marbella-styled bling slot that might be a follow-up to their earlier ‘Pimped’ game, after their Norse exploits in the spectacular Ring of Odin. With a breezy blue sky aesthetic and symbols on the paytable that hint of riches, it looks a little like NetEnt’s Mega Fortune progressive. In these sad times, we may term it an aspirational slot for individuals who wish to escape away from it all. However, a word of caution: you won’t be winning enough today to buy the speedboats on the reels! In conclusion, with to its medium volatility and highest payout of 10,000x, this is a fun, back-to-basics game that should appeal to a wide range of slot players. Let’s take a look to learn more.

THE GAME, SYMBOLS, AND GRAPHICS

When you first start playing That’s Rich, you’ll feel as though you’re sitting in your Mediterranean apartment, gazing out at the sea. The translucent 5-reel, 3-row game sits in front of the window, bordered by curtains and plants, like a computer screen. As you’d expect from Play n Go, the visuals are rather nice. The lower-value icons on the reels are the numbers 10 through Ace, whilst the premium symbols are the high-end fashion items and prestige symbols that gamblers may be after — purses, shoes, a home, a yacht, stacks of cash, and a style magazine. The mag is the highest paying symbol, paying 40 times for five on a payline.

The Wild is a Kardashian-like lady that pays out 50 times for five on a pay line and substitutes for all other symbols to achieve wins. There’s also the Trophy scatter, which works as the scatter needed to activate the free spins round.

This is a medium risk game with volatility that is far lower than what we’ve seen from Play n Go in previous months. The RTP is set at a respectable 96.27 percent, and the mathematical model here is really solid, with a potential payout of 10,000x. On a paytable with symbols valued up to 50x for five on a line and a minimum spin of $0.10, you may expect quite consistent winnings. Overall, this game will appeal to casual gamers far more than the large, high-risk titles that we are accustomed to evaluating on The Slot Buzz.

That’s Rich doesn’t have a lot of features, but it does have some amazing multiplier features that can help you increase your winnings if you get to the free spins round.

When the wild appears during the base game, it will grow to occupy one whole reel at random. This does not occur on every spin, but when it does, your odds of winning rise. Every time the wild lands during the free spins round, the Expanding Wild feature is GUARANTEED.

In That’s Rich, the scatter is a trophy emblem. When three of them appear anywhere on the reels on the same spin, you’ll be taken to the Win Spins round, which begins with five free spins. Every spin is GUARANTEED to result in a victory of some sort. And… every time a trophy scatter appears during the bonus round, you’ll receive an additional TWO spins, up to a maximum of 20.

That’s Rich has a top payoff of 10,000x. You’ll need to combine free spins with the Wild Win Multiplier feature to achieve this. Every wild that lands multiplies your multiplier by one, up to a maximum of 20 times. A high value 20x multiplier can be triggered on the final spin of the round and applied to your win to build up a large payout.

That’s Rich is a straightforward slot with a broad appeal rather than a cult following. The aesthetics and concept have been done before, and the features are a touch limited, but it still plays nicely and has great win potential, especially in the bonus round, when wild stacks and multipliers may result in some fairly decent rewards. Enjoy and bet sensibly with this sleek and good-time bling slot that’s launching just in time for summer. 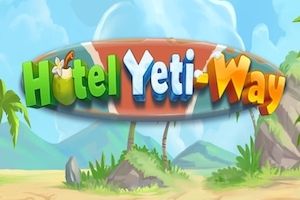