Where Can I Play Heroes Hunt Slot?

ALL ABOUT HEROES HUNT MEGAWAYS SLOT

On their Silver Bullet platform, Fantasma Gaming has released their third Megaways™ slot in collaboration with Relax Gaming. Relax has shown effective at advancing the Megaways™ idea in recent titles like TNT Tumble, while Fantasma has made tremendous progress here after two very formulaic attempts in Flower Fortune Megaways and Medallion Megaways. Heroes Hunt has stunning graphics and a fantasy theme with wizards and warriors, as well as a fresh take on the expanding reels concept and some clever additions to expanding wilds and re-spins. In an era when high-risk slots are flooding the market, many of which are of dubious quality, Fantasma appear to have found their stride and are ready to take on their competitors with incredible originality and promise. Let’s have a look at the specifics.

SETTING UP THE GAME, SYMBOLS, AND GRAPHICS

Heroes Hunt takes place in a subterranean lair, maybe that of a dragon like the one that guards his gold riches in Tolkein’s Hobbit. This game does, in fact, have a distinct fantasy flavor to it, combining warriors with wizards and archers. The reels are arranged in a 6×6 grid. Unlike standard Megaways™ games, which have 7 rows of symbols, Heroes Hunt has a combination of symbols and inactive stone tiles on each reel. A completely expanded reel is one that has had all of its stones removed. There are 46,656 paylines active when all six reels are clear of stones.

Gemstone icons in green, two blues, and purple denote low value symbols. Meanwhile, the figures – the warrior, the wizard, and the archer – as well as a coin and a crown – are the premium emblems. There’s also a red dragon, which pays out the maximum for six on a payline at a 20x multiplier. Keep an eye out for the Wild Chest symbol on reel 6, which might help you launch the free spins round by unlocking more reel improvements.

NOTE: Each hero has their unique set of superpowers. At the start of the game, you may pick which hero will be your main character. Expanding wilds, bursting symbols, and re-spins are all triggered by them.

Fantasma has provided for those who enjoy high-risk, high-potential slot games. Heroes Hunt is a high-variance slot with a 26,000x maximum payoff. It is powered by an engine with an RTP ranging from 96.26 percent to 96.53 percent, depending on how many of the heroes’ superpowers are active. Given the extreme volatility of this game, we advise you to pick your stake carefully. You may start spinning for as little as $0.20 each spin.

All MegawaysTM fans are aware with the Cascading Wins feature, which is used in Heroes Hunt. Winning symbols are removed from the reels and replaced with fresh ones after a win. The process is repeated whenever a new victory is made. And so on, until there are no more winning combinations.

The Megaways series gets some much-needed creativity and excitement with Heroes Hunt. The skills associated to each hero, as well as the opportunity provided to the player to pick whatever hero they wish to be active from the start of the game, are the game’s standout features. During your spins, you can unlock all three heroes, allowing you to play with three bonuses at once and increasing the RTP to 96.53 percent.

Each Hero comes with the following:

Explosion Feature in The Wizard

On reels 2, 3, 4, and 5, there are explosion symbols. When they land, an explosion occurs, blasting a 2×2 or 3×3 area, potentially removing stone tiles from the reels and creating new paylines.

Expanding Wilds and Multipliers in The Warrior

On any spin, an expanding wild can appear on reels 2, 3, 4, and 5. They all have random multipliers ranging from 1 to 6, and they cover any stone tiles on the reels. If there are many increasing wild areas at the same time, multipliers are added together (for example, 2x and 3x Equals 6x).

Re-Spin Feature in The Archer

When the Archer is active, arrow symbols can appear on reels 2, 3, 4, and 5. Re-spins will be triggered as a result of them. The Arrows, as well as between 6 and 12 additional random symbols, are eliminated, resulting in a new avalanche.

When the Treasure Chest symbol appears on reel 6, an unique Mimic Free Spins feature with 10 spins is activated, revealing all of the heroes’ abilities.

When the Wild Chest symbol lands, it will provide EXP (experience) points. Collecting them will grant you hero abilities (3 EXP points per hero).

As a result of the three heroes in play, new symbols in the shape of Golden Keys are added to the reels. You’ll enter the Dragon Free Spins bonus round if you can land three keys on a single spin, or in a series of avalanches triggered by one initial spin. You’ll be given 10 spins with additional Dragon Symbols. More spins are added to the total when the Dragons are destroyed by explosions or in a cascade.

Fantasma has created a fantastic Megaways™ game that outperforms all of the Bonanza clones. They’ve tossed away the rule book and replaced the same-old tough-as-nails free spins round with some smart gamification that will put your patience to the test as you strive to accomplish the quest to reach the Dragon Spins, while also unlocking growing wild multipliers along the way. This is a fantastic-looking slot with superb playability and a lot of promise. Have a good time, be cautious, and keep your wits about you!

If this online slot was for you then check out these Fantasma Game slots: Hades – River of Souls, Flower Fortune, or Medallion Megways. 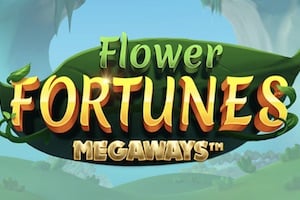 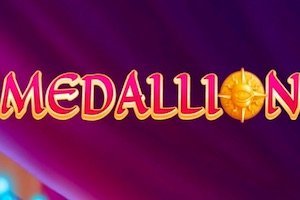