A 6×5 cascading symbols grid’slot’ with a 96.07 percent RTP and a large win possibility of 10,000x over 30 paylines with a high volatility. Set in a mysterious and gloomy lava tunnel filled with eerie noises at all times. To boost your winnings, Gemtastic incorporates multipliers and super-sized symbols.

Where Can I Play Gemtastic Slot?

The year 2018 may be remembered as the year that Red Tiger Gaming rose from obscurity to become a top-tier creative powerhouse at the cutting edge of the online slots industry. While we’d all appreciated their oriental-themed games in the past, it wasn’t until the arrival of the singularly bizarre Laser Fruit slot that we started paying attention to these folks. It was a watershed moment for Red Tiger, with its high volatility and stratospheric paylines based on improved reels in the bonus round.

Since then, Big Time Gaming has agreed to license the iconic Megaways™ engine, and we can look forward to some interesting new releases from them in the coming months.

But first, check out this intriguing slot, which foregoes the traditional reels configuration in favour of a grid system with cascading symbols after each win. Gemtastic is a basic game, but it should not be neglected because of its scary atmosphere and enormous potential (10,000x), as well as multiplier elements to add to the thrill.

The Gemtastic gaming setup is a Chain Reaction slot, as it’s also known. There are no reels in this game; instead, we get a 6×5 grid where symbols emerge at the start. When win lines are generated, the winning symbols are eliminated and replaced with new ones. This procedure repeats until there are no more winning lines.

The lava tunnel turns out to be a gemstone mine, with the various coloured gemstones serving as the grid’s symbols. There are a total of nine jewels: five low-value gems and four high-value gems. The orange is the largest payout, paying out 12 times for six on a payline.

You should also keep an eye out for the Rainbow Wild. This replaces all other symbols and pays 75 times for six on a payline!

Features that are really fantastic

The fun element of the cascading winnings feature here is that a progressive multiplier grows by 1x with each subsequent win. This has the potential to increase your payments by up to 15x, so keep an eye out for it.

Magic Glow — Keep an eye out for a glittering gemstone on any spin because if it forms part of a winning line, it will turn wild on the re-spin, increasing your chances of earning even more.

Mega Gems — In the game, there are also super-sized Mega Gem symbols that emerge at random. This improves your chances of hitting a winning combination.

Red Tiger Gaming’s Gemtastic is a fantastic new slot. It’s basic, but it has a lot of potentials, and it’s a lot of fun to play with consecutive wins and multipliers. Just keep in mind that the variance is really large, and it may take a while before generating any substantial wins. 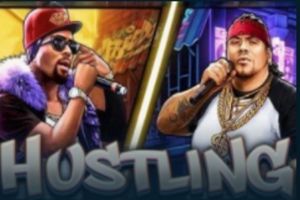