Skip to content
The casinos and bonus offers listed on TheSlotBuzz.com are not available to residents of Ontario.
Dismiss

Bompers is a six-reel, four-row online slot with anything from 4,096 to 262,144 ways to win. It has bright colors, quick animations, and vibrant soundtrack, as well as a mix of current design and old-fashioned symbols. Wild Substitutions, the Shooting Star Feature, the Mystery Bomb Bonus, and the Free Drops Bonus Game all contribute to rewards in this ELK Studios offering. 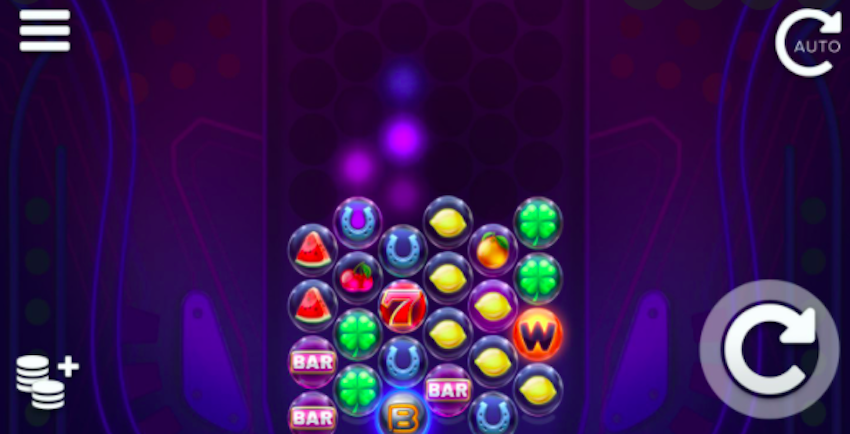 Where Can I Play Bompers Slot?

Bompers is a video slot with a pinball outline in the backdrop that is greatly inspired by arcade games. ELK Studios, a forward-thinking software company, released it in February 2021. The game pays left to right if at least three identical symbols appear in a row. The user interface is simple to use, allowing you to simply toggle on or off audio and music, engage Quick Play, and enable Autospin.

You’ll be taken to a game arcade after launching the slot game, where neon lighting and dramatic sounds add to the thrill of the game. Wagers start at $0.20 and don’t go beyond $100.00 each spin.

The 95.8% RTP tries to create a balanced gameplay, but because this is a high-variance slot, winnings aren’t fairly distributed. The maximum reward is restricted at 5,000 times your bet, which means that if you play with the biggest amount available, you might win up to C$500,000.

Cherries, Lemons, Oranges, and Melon, which were initially used in land-based slot machines, are used to represent low-value symbols. When 6 occur adjacently, these award rewards of 0.30x and 0.60x the stake. A Clover, Horseshoe, Bar, and Red Seven are premium symbols that pay out 1x, 2x, 3x, and 10x your stake for 6 of a kind, respectively.

Wild is symbolized by a luminous W, and it can replace other symbols to help you win. However, it cannot be used to replace the Scatter, Mystery Bomb, or Shooting Star symbols. When you have 6 Wilds, you get the greatest payment for the highest value symbol. The Free Drops Feature is activated by Scatter, who is shown as a Neon B.

Bompers is the game for you if you’re nostalgic and enjoy slot games with a retro vibe. Those who like a more modern style, on the other hand, will appreciate this video slot, which has an up-to-date design and thrilling gameplay filled with features, starting with the Avalanche Feature, the Shooting Star Round, the Mystery Bomb Bonus, and finally, the Free Drops Game.

Up to 5 Bompers can appear at any time throughout the main and Bonus games, filling the meter and changing into Sticky Wilds.

Symbols appear on the screen, and when a win is granted, the symbols that were part of it burst and vanish. The remaining symbols fall to the ground, rolling to the left and right to fill in the empty places. These avalanches can lead to fresh victories, which can help you increase your bankroll. With each victory, an additional row is added, up to a maximum of eight rows.

The number of ways to win grows as the number of rows grows. You begin with a fantastic 4,096 chances to win and might end up with a staggering 262,144 ways to win if you reach 8 rows of symbols.

When you find Mystery Bombs on the grid, they will convert themselves and all neighboring icons into a single random matching symbol. If two or more Mystery Bombs collide, the symbols in that place become Wilds.

The Shooting Star symbol’s objective is to get to the top of the grid. When it arrives, it produces a group of up to seven icons, three of which must be Wilds.

Free Drops is a feature that allows you to play for free.

To activate the Free Drop Feature, at least 3 Scatters must occur anywhere on the layout. You earn seven freebies, each of which increases your chances of winning greatly.

When it comes to flaws, this game may not have the best design, but the gameplay is engaging, and both the main game and bonus features are plentiful.

After playing the Bompers online slot, you will undoubtedly have a lot of fun while sometimes winning some extremely big jackpots. We couldn’t get enough of the Avalanche Feature, which held us glued to the screen as we awaited the unlocking of all 262,144 possibilities to win.