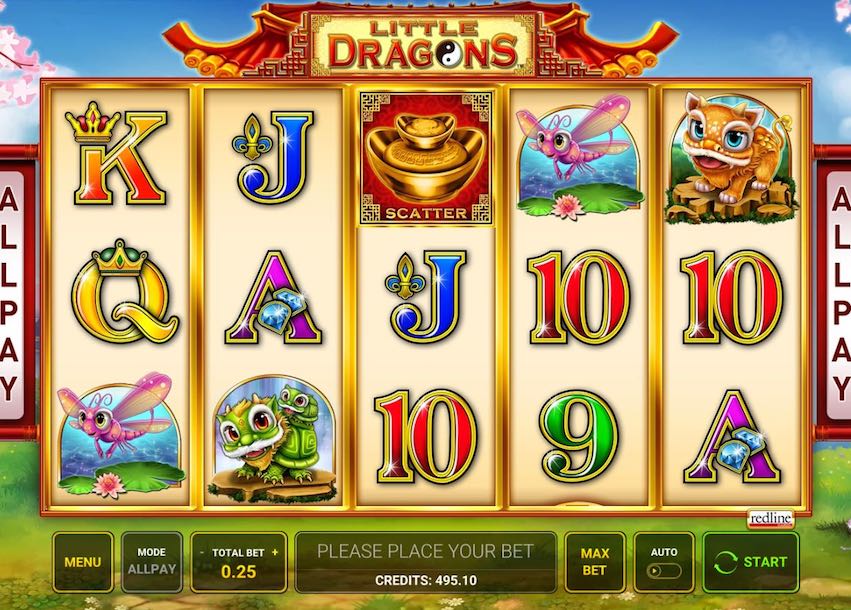 Where Can I Play Little Dragons Slot?

ALL ABOUT LITTLE DRAGON SLOT

Novomatic haven’t always been the most prolific of online slots developers, but they sure have brought us some classics, namely in the form of the notoriously volatile Book of Ra. And here they’ve taken aim at the same audience with another highly volatile title, this time with an Oriental theme and a very decent top payout of 5,000x.

Regular readers will know that Novomatic recently released another game exclusively with Casumo – Almighty Reels – Realm of Poseidon. And for Little Dragons they’ve done the same. So if you’re want to get on board and you’re not already signed up with Casumo, you’re going to need an account. You can head straight there, or read our site review first.

Back to the game and in essence, like many Novomatic slots, this is a pretty simple affair, with the action centering around the Yin-Yang symbol which can bring on multipliers of up to 4x in the base game and 25x in the bonus round.

The key to triggering decent wins in both base game and bonus round is the Yin-Yang. It will land anywhere on reels 2 and 4.

To hit the big 5,000x payout you will need to trigger the free spins. This is done by landing the Gold Pot scatter symbol.

It is also possible to re-trigger the free spins during the bonus round, to give you up to 50 spins in total.

This opens up the possibility of a massive 5,000x top win in the free spins round.

This is not a slot to be messed with lightly – it may look cute and cuddly on the outside, but it packs a punch that is for sure. In typical Novomatic style it has a seriously high volatility and a low RTP which means it can burn you in no time, so bear that in mind when setting your stake. Of course, it will no doubt also produce some top big win videos and some big smiles. Have fun, and tread carefully!